Weak Words – A tribute to the Grenfell Tower residents.

What are Weak Words in spoken English?

Listen to the above clip and listen to which words are stressed ie spoken louder, clearer and with more emphasis.  The other words are weak words which are spoken quickly and not all the sounds are produced.

When you listen to native speakers do you sometimes think that you are not hearing some of the words?

We are going to listen to different  English accents and listen to how weak words are pronounced.  Weak words are words that are not stressed when we speak, they are the words that we say quickly and so it often sounds like they disappear as all the expected sounds can not be heard.

The history of the area around Notting Hill, the area around Grenfell Tower is the history of multi-cultural Britain and shows the inequality in wealth in British society has not changed much over the past 100 years. I was in the middle of making a blog post about Notting Hill Carnival when the Grenfell tragedy happened.  I was unsure if I should continue with that blog post or not as  Notting Hill is the area of London where Grenfell Tower is located.   In 2017 the Notting Hill area shows a tale of two cities.   The richest and the poorest living in the same borough.   Some living in luxury and some living in poor quality, unsafe  social housing with tragic results.

I have decided to post and edited version of the blog post on Notting Hill Carnival.    I might one day finish the blog post about the history of Notting Hill but adding the videos about Grenfell felt appropriate to give voice to the people who live in this area.  London  is a multicultural city, there are many different varieties of English spoken.   People from different backgrounds speak English with different accents but overall the pattern of word stress and which words are pronounced as weak words is the same.    We may speak the same language but unfortunately, the conditions people live in are NOT the same.      I hope lessons can be learnt from this.

This first short video extract explores the history of the Notting Hill Carnival.   The whole video is available on youtube here, but   I am going to use extracts from the video to look at weak words that are often hard to hear.

The next section of this video on the history of the Notting Hill Carnival is an extract from Pathe News.  The news reader has the accent typical of upper class newsreaders of the 1950’s.  The accent is the old fashioned received pronunciation (RP).     It is interesting to listen to this pronunciation as it sounds very old fashioned and dated BUT when you listen closely you will see that connected speech, contractions of auxiliary verbs and weak forms of words are still a feature of this RP accent.

In this video made by the Guardian newspaper, you can hear a variety of different English accents.  Listen to which words are stressed and which are weak.   There are lots of different English accents but the way we use word and sentence stress remains the same.   We stress the meanng words of a sentence and the other words – the pronouns, the prepositions the auxilliary verbs are not stressed.  If the video plays without subtitles click on “cc” at the bottom right corner of the video box or click here to view on youtube with subtitles.

Just before I  published this blog post a tribute poem for the Grenfell Tower Victims was shown on Channel 4 news.  Here is a short clip:

If you want to listen to the longer version of the poem it is here. To turn on the subtitles click on the CC on the bottom right hand side of the video.

The legacy of Grenfell: 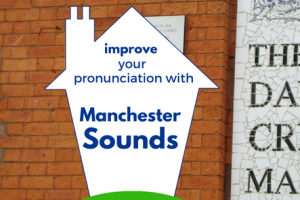 Manchester sounds to improve your pronunciation. 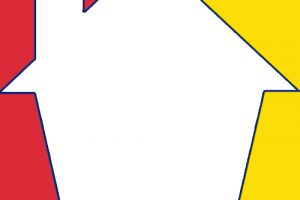