Lockdown 3 is taking its toll on families in England.  Julie is getting more and more fed up with being stuck in the house. Julie calls her friend Jane to vent.   These and many other words for expressing negative emotions and feelings will be discussed in my online lessons this week.

Listen to the sound file and write down everything that you can hear.

Remember – this is natural conversational speed English.  It is fast.  You will not hear all the words, as Julie doesn’t say them all fully.   Julie uses lots and lots of contractions of verbs.  Remember, in spoken English, the endings of words are often not pronounced, especially the T sound.  This listening exercise might be very difficult to you, especially if you are not used to listening at natural speed.  If this is new to you, what is important is to work out what the gist of the message is.  Go back and listen many times before you read the transcript.  Take note of any expressions you are not familiar with and ask about them in the comments, and come along to the live lesson in my facebook group and ask about these expressions.

The transcript is here.

Hi Jane How are you?

Yea, I’m fine….I just thought I’d give you a call really because, like,  I’m bored to death in the house.   Yea..The kids are still in bed they never get up ‘til gone lunch time these days, you know at the weekend.   Yea, same in your house?   Yea… I can’t believe it’s been a year since we’ve been out for a drink after work, you know.   I’m fed up of this never-ending pandemic.

Yea…. fed up of working from home.  You know I’m actually missing sitting at the train station after work and what used to be sitting there bored just watching all the people, it feels like a real luxury now.  It’d be so interesting to be sitting in a busy train station and watching all the people, you know, rushing about.  Gosh, how the world’s changed!

Yea sitting at home all day doing zoom meetings it’s doing my head in!   Yea, yea, No, I know, I know you all feel the same. I know, and you know, we know we have to do this… know it’s necessary but it’s so boring!!  Yea, Yea, I know, it’s a pain in the bum isn’t it.  Who’d’ve thought we’d be, you know,  trapped in this situation?

Yea, you know, at the end of the day we know it’s necessary. Yea…. I’m just feeling down really. You know, It’s alright,  I’m alright really, I’ll get over it. I’m just a bit.. you know… I can’t really see any light at the end of the tunnel yet..  It’s going to be ages ‘till we’ve all had the vaccine……. Especially like the kids, the teenagers are not going to get it for ages.

Yea oh I don’t know…. They are driving me mad the teenagers….you know, they are just… they’re bored too it’s not their fault.  But they’re just hanging around the house, and the house is so small for four grown people really.   You know…… oh I don’t know.

Anyway, let’s try and talk about something better.  What are you doing later?

Valentine’s Day — Oh My God!  I’d forgotten all about it. Oh My God.. I just, I hadn’t even realised the date.  So what’re you going to do?  Well, yea, you can’t go anywhere…..   Oh you’ve bought one of those meal deals.   Well, I suppose it’s better than the same boring food we always have. I’m so fed up of cooking.  There’s just no fun in anything any more.

Oh my god, I’d better go,  I’d not even thought about Valentine’s day.  OK well, I’m glad I phoned you….because now I’ve remembered it’s Valentine’s Day.  Alright, ok, I’ll talk to you tomorrow anyway…. Or perhaps we could do a zoom?  We’ll do a zoom on our lunch break next week. Alright, ok then, take care, I’ll see you s…  well I was going to say ‘see you soon’ but I’ll see you one day. Bye

The vocabulary, phrases and spoken grammar used in this phone call will be discussed in my live lesson on Thursday.   Join my facebook group and my email list to find out more about these free resources. 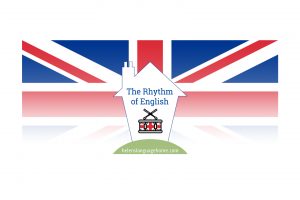