How to understand spoken English – Up North.

The Liverpool accent is very distinct and sounds different to the accent in the neighbouring City of Manchester.   Even towns halfway between Manchester and Liverpool, like St Helens, and Wigan have very different accents to those found in Liverpool.   However, there are some common features of these Northen English accents.     This week I am continuing this series of posts looking at Understanding Spoken English in the North West of England. Tomorrow and for the rest of the week we will look in detail at the  Liverpool accent and expressions.  But first, let’s look at one of the similarities.

Today I am going to look at the vowel sound in CUP UP  LOVE.

Listen to me and listen to my vowel sounds.    I am not from Liverpool,   people from Liverpool would call me a “woolly” or “woolly back” as I came from a town outside of Liverpool halfway between Liverpool and Manchester.    But the way I pronounce the vowels in CUP  CUT  is the same as in many other Northern towns.   The way we say these words is a feature of a Northern Accent.

Put the cup down, it’s broken I don’t want you to cut your hand on the cup.

When I speak with my Northern English accent, the vowels in words like CUT PUT  CUP  are the same – these words rhyme when I say them CUT, PUT, CUP.   I pronounce those vowels with a U sound.

I can’t sing but listen to the fans.

Listen to how the word LOVE sounds.

the transcript starts from 0:04

The vowel sound in all these words is the same.  In some textbooks, this is seen as non-standard British English.  But Up North we use this vowel in these words all the time.   This is correct, normal, standard British pronunciation in the North of England.     You will hear this in both Manchester and Liverpool and all the small towns around those cities.  As well as in other places in the North of England. If you do visit England travel Up North, you’ll love it, don’t judge us before you come up and visit us.   In the North CUT does rhyme with PUT,  FOOT does rhyme with STRUT. No matter what it tells you in your textbooks this is northern standard British pronunciation of those words up North.

This post is in a series of blog posts looking at How to Understand Spoken English in the North West of England.

Tomorrow I will be looking in much more detail at the Liverpool accent and we will look at this Liverpool Poem: 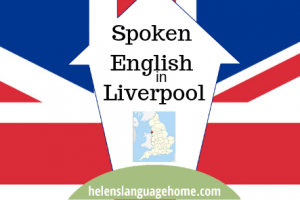 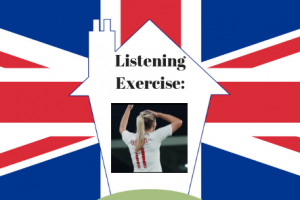