It has been another exciting week for football fans in Manchester with Manchester City fans heading down the M1 motorway to Wembley Stadium on Saturday for the FA Cup Final.

Here is another listening exercise.  Listen to it the first time and work out what it is about.  Both the speakers have Manchester accents.

After listening the first time, to get to most benefit from this exercise it is best to listen in short sections.

Listen to the first 27 seconds, listen to this section 5, 10 or more times and write down every word you can hear.   When we speak we stress the main content words and many other unstressed words are spoken in the weak form.   The words   AND,  FOR,  OF and TO are just four of the words which two different ways of pronouncing them.   Listen out for those words in this video clip.

Listen to the video in short 20 second sections and write down everything you can hear.

Then compare this with the transcript.

Which words did you not hear?   Did you notice how AND, FOR, OF, TO sound different when they are weak unstressed words?

Today the outcome could either be ……first time winners for only the second time in the last 31 years or an English domestic treble completed for the first time ever.  Let’s go and talk to the fans.

I’m here with Ray from Man City Fan TV ..  Ray after a win against Brighton on the final day of the season you secured the title once again did it feel more satisfying than last year?

Ray:  it’s a different sort of satisfaction I mean last year getting those a hundred points … I was there at Southampton when we scored that last minute goal and it was fantastic ..mental scenes…crazy…but last year we were strolling from, basically from Christmas onwards… this year it’s felt…mentally it’s a lot tougher…ermm …Liverpool have been up there ..they’ve played a fantastic tremendous season ninety-seven points, almost unheard of…errm.. and for us to be seven points behind them ….ermm just after Christmas…and to claw it all back …and to get ahead and to stay ahead with fourteen wins on the bounce at the end of the season…I mean it’s an amazing feeling..

Max:  brilliant atmosphere here today on Wembley Way…ermm you’re looking to complete the English domestic treble for the first time ever..err but Pep Guardiola….did say though, the women did complete it..

Ray:  Watford are a good side, err I mean in all honesty they should have finished seventh in the err league this season but the last six games ever since they got to the FACup final after they beat Wolves they’ve slipped up, they’ve lost four out of six games so they’ve dropped down. So really in my book, they’re a seventh or eighth place side.  If we’re honest without being arrogant we expect to win ermm but it’ll be a good game I think against Watford.

Here is another part of this video where Max is talking at the end of the match when Man City had won 6 goals to nil.

Fultime here at Wembley it finished Manchester City 6 Watford Nil.  That was just class from City.  The side was brilliant… a masterclass in passing, shooting, dribbling.  Everything you can think of, it looked like a training session at some times.  Brilliant atmosphere here at Wembley today, Watford fans were brilliant as well.  Their atmosphere was great , and credit to them, they’ve had a fantastic season it just wasn’t to be today.  City were class.  If’ you’ve enjoyed the video remember to drop a like and share and subscribe..

Max says this a number of times, this means City were awesome, City were fantastic.

If you enjoyed this exercise and would like to look at this video in more detail with more exercises focusing on listening to the video section by section then sign up to the mailing list and you will get sent a min-course on Connected Speech and Weak Forms and a third lesson looking at how the words AND,  TO,   FOR are pronounced in this video.

Any questions?  email me at helen @ helenslanguagehome.com

Which part of this was the hardest to understand?  Leave me a note in the comments.

The North West of Englands – home to the Best of British Football.

And to the most interesting of regional accents! 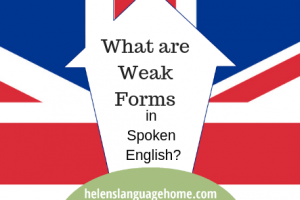 What are “weak forms” in spoken English? 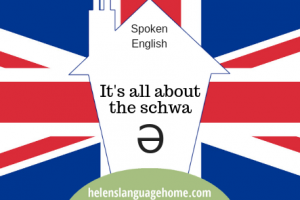 English listening – It’s all about the schwa sound – free exercise