Yorkshire is a region in the North of England.  There are lots of dialect words that are still common in Yorkshire.   It is common to hear people say the old English words thee and thou for YOU.   Here is a short introduction to some other Yorkshire phrases.

Hello everybody we’re the Three Yorkshireteers      (this is a play on words for The Three Musketeers.)

I’m Tom Yorkshire and on my left I’ve got  Pat Testing, – Alright-

and on my left I’ve got Gentle Eddie – Alright –

and we’re here to tell you about some Yorkshire phrases and words.  So let’s go…

Alreet (allright) – a greeting, alreet, alreet – a greeting, it’s a way of asking if someone is well or if they are feeling they are unwell they’ve got an opportunity to tell thee (you) but they never do.  They always just say Alreet back.

Ginnel -if thou (you) thinks about a space, you’ve got one, between the houses, between that house and the neighbours house and thou’se (you’ve) got a little route down the middle of it what does…… that’ll be a ginnel.   What does thou call it — a snicket……no no no no no……Well in South Yorkshire they call it a ginnel  so I think they’ve just seen it and spelt it, you know… but it’s one of those little places between two houses that thou can go down usually to a farmers field or similar.

Breadcake..it’s what thou puts some meat on and eats as a sarnie or a butty.  There is too much debat here I think…how does thy feel about it?  Well I’m a breadcake man,  – You’re a breadcake man – always have been.  Sounds like a bad superhero… bread roll cake, no definatey breadcake..   Breadcake we’re going with breadcake… Sorry I know it’s controversial but we’re going with it.

Owt…..it means anything….it don’t mean that little cereal thing..and it’s not the opposite of IN…. despite how Darren pronounces it….

think on ….I always say think on is something to remember in the future… So if you say ‘think on” it means “look when you get to this point..that’s when you need to think on and do that what you’ve been thinking about and remember it….     Dr Pat Testing ladies and gentlemen…  there you go…makes sense doesn’t it?   It does, it does. It does to me.

Scraps….So right, if somebody said to me “Do you want bits on your fish and chips? I’d be suspicious of that, I’d find that wrong, so I’d always go with scraps.. I’d always ask for scraps just to make it very clear what i’m after.  Yea, I’m a scraps man,  Yea Scraps…..  bits no I don’t want bits.

So have a good Yorkshire Day this year, make sure thou celebrates it or it’ll die out and we don’t want that to happen, so we’ve got to keep it going.  we’re going to be having ours in Doncaster.. feel free to join us on 31st in Leopard 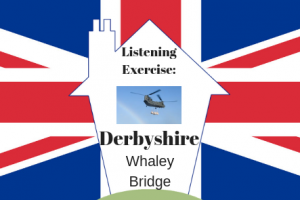 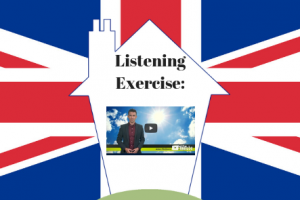 How to understand native speakers.