How to understand native speakers.

Do native speakers always use contractions?

I am often asked if everybody uses contractions and connected speech or if they only used by people speaking informally who perhaps are “less educated”.

Well the majority of native speakers use contractions and connected speech every single day of their lives.   They probably do not even know they are doing this.   It is just how we talk.   We use contractions as this allows us to keep up with the Rhythm of English speech.  We stress the main content words and we shrink the other words to enable us to say them quicker and to give more stress and emphasis to the main important words.

Here is a new listening exercise.    It is a TV Weather Presenter who has a very clear standard English accent.  Listen carefully and you will hear that he uses contractions all the time.  He also connects his words together.

Temperatures rising.  We’re looking at widely in excess of thirty celcius in parts of England and Wales.  Into Scotland we’re looking at the mid-to-high twenties across Central, Southern and Eastern Scotland it’s just a little bit cooler there for the West of Scotland as well as Northern Ireland.

0:19 Thirty-Four the top temp in London through today.  And into tonight, well this feature here will bring some thundery showers northwards across SouthWest England and Wales and into Central and Northern England before clearing into Scotland by the end of the night.

0:35  And these are lively thunderstorms, you’ll notice a light show where they occur, so frequent lightning, Hail in places as well as strong gusty winds.  They’re not going to affect everyone. In fact, the far South East, as well as parts of the West, are likely to miss them entirely.

0:50  But where they do occur they could cause some disruption, they could cause issues.   A thunderstorm warning in force for much of the UK overnight.  Whether you’ve got the thunderstorms or not it’s a muggy night.  Temperatures in many places not getting much below nineteen or twenty celcius.  It could stay up at about twenty-three in London.  That’s not far off the warmest night record for the UK.  And that record could be beaten later this week.

1:20  but for Wednesday a warm start to the day, thundery showers eventually clearing the far North of Scotland pushing into Shetland there’s an area of rain and then another bright and very warm day for many places.

1:30  A bit more cloud there for much of Western Scotland, Northern Ireland into western fringes of England and Wales, and actually in the west we’re seeing fresher conditions. Low to mid-twenties across Western Britain, still the mid to high twenties in Eastern and North-Eastern Scotland.  The heat now confined, the hottest air across Eastern England so from Hull down to Southampton in excess of thirty celsius.  Thirty-five the top number there for East Anglia.

1:57  Temperatures rise further as the heat pushes Westwards again for Thursday.  And along with it, that strong sunshine. So we’re going to start of Thursday again after a muggy night, an uncomfortable night for sleeping, we’re going to start the day with a lot of sunshine.  And we’ll see some areas of cloud form through the day, sticking to Western areas in particular where it won’t be quite that hot. But for the majority Thursday is another very hot day in fact widely low to mid-thirties across Northern England into the Midlands, Eastern parts of Wales, the west country and for the rest of England as well… 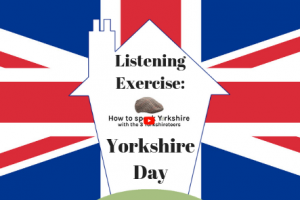