Valentine’s Day is a very commercialised event in Britain.  Prices in restaurants seem to at least double on the 14th February every year, and the price of red roses seems to increase by 300%.

The English have a reputation for not being very romantic, for being awful cooks and therefore buy ready meals from supermarkets  rather than cooking from scratch every evening, and for liking a bargain buy.   So for the past few years supermarkets in England have started to market “Valentine’s Meal Deals”.  A meal deal is a package of meals put together into a bargain “deal” for those who can’t be bothered to cook at home and would rather just be able to bung a few ready meals into the oven and ping a few starters in the microwave.  You usually get two starters, a main course for two people, a pudding, and a bottle of alcohol and to make this seem romantic and luxurious on Valentine’s Day the alcohol offered is often a bottle of fizz.

This year some of the supermarkets have also produced Valentine’s breakfast suggestions.   Marks and Spencer which is seen as an upmarket posh shop frequented by middle class pensioners produced the Valentine’s Sausage which got a lot of media attention due mainly to the  British sense of humour around sexual innuendo.  I will let you look up the word Sausage in a slang dictionary but you can probably guess the meaning.    With that in mind their tweet “tag who you will be sharing your love sausage with this Valentine’s Day” certainly got a lot of attention on social media.    AND this playing with language and sexual innuendo did not harm their sales.  I went into my local M+S Food yesterday and the love sausage was sold out!   I’m not sure if it was the older pensioner customers who had bought them all or if their social media marketing had worked and they pulled in a younger customer to their stores with this marketing campaign.

If you want to find out more about English food culture – have a read through the dishes available in the various meal deals – steak and chips, macaroni and cheese, beef wellington.    The dishes are not very adventurous.  Some of the more expensive supermarkets through in a few French style dishes in an attempt to be more “luxurious and romantic” as we tend to think of French food as better than English and of the French as being more romantic than the English.

Which of these supermarket meal deals would you like to try?

Let me know in the comments.   Do supermarkets in your country do meal deals like this?

Once you have read through the delights of the Meal Deal offers tomorrow you can listen to our friend Julie who is deciding what to cook on Valentine’s Day this year.   Last year she had the lamb shanks meal deal – but she also got a mysterious bunch of flowers – you can read last years story here.

ready meals – prepared meals – usually classic dishes that are already prepared and just need to be cooked in the oven or mircrowave in the  containers they are bought in.   This saves both cooking time and washing up.

a bargain buy –  a purchase that is at a discount

a bottle of fizz – a bottle of sparkling wine usually this is a cheaper wine than Champagne but is still seen as a luxury item.

posh – if something is posh it is seen as upmarket, expensive and used by the upper class 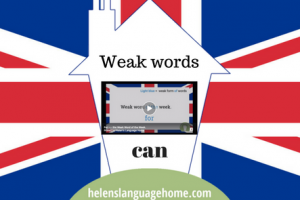 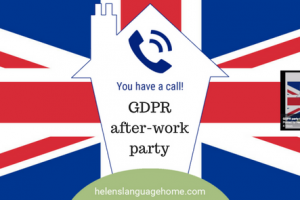